Zoho Notebook Is a Note-Taking App Worth Checking Out

Zoho Notebook Is a Note-Taking App Worth Checking Out 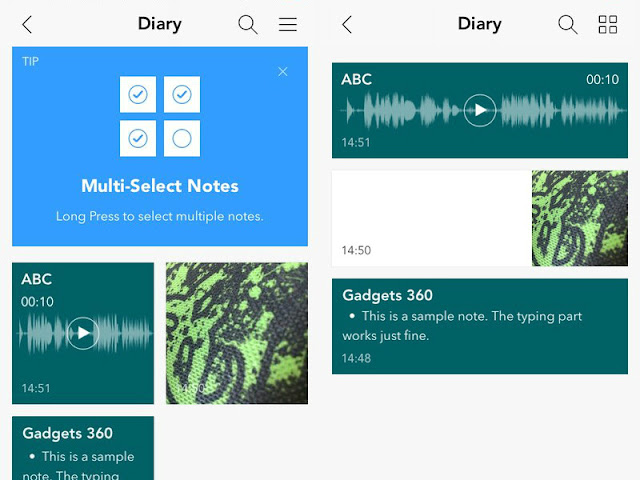 Chennai-based Zoho is known for its office suite but the company has quietly been working on many other apps. One of these is Zoho Notebook, a free note-taking app for Android and iOS. If you've used apps such as Google Keep or even the default Notes app on iOS, you'll find Zoho Notebook familiar. It's a simple, no-frills notes app.
Zoho is a company in the middle of a design transition. On one hand you see exceedingly plain apps such as Zoho Vault, and on the other hand there is Notebook. The iOS app is really good-looking and has no clutter. The Android app doesn't look as good, but it's still a big step forward when you look at some of Zoho's older apps.
Notebook's design is simple enough for most people. It lets you create a bunch of notebooks to categorise your notes, and makes it easy to create and edit notes. We created various types of notes - text note, checklists, and audio notes to test the app. We found the app easy to use, and it helped to quickly get work done.
If you log in with your Zoho account, you can sync notes between devices as well. Syncing was fast and reliable for the most part. When we created new notes on an Android phone, they appeared on an iPhone almost immediately. However, when we edited a note's title and background colour on Android, the changes didn't reflect on the note's icon on the iPhone. Opening the note shows these changes but we feel that they should appear on the outside as well. Within notebooks, the app lets you group notes easily via the pinch gesture. We couldn't figure out how to ungroup some notes we grouped accidentally, so the interface can be worked on to be a little more intuitive still.

Zoho Notebook works very well as a journal app, for those who like to keep a diary. But if you just want an app for all your shopping lists, it serves the purpose just as well. As journalists, we save a lot of audio recordings. Zoho Notebook's easy audio notes, coupled with hassle-free cloud syncing to other devices attracted us to the app. However the lack of a desktop or a Web app is a big miss. Zoho's website says these are in the works, but for now, it's a real drawback.
We also felt that the app could use better sorting tools. Currently you can view notes in a grid or as a list of cards you can scroll through. We couldn't find a way to sort notes by date or type. While the app has a search function that works well, if you forget to label a note you'll be stuck scrolling through your entire list to find what you need.
We like what we see in Zoho Notebook so far, but we feel it could do a lot more. The app looks good and works well, but for it to become our primary notes app, it needs at least a Web app, and better searching and sorting features. If, however, a mobile app is all you need, then it's definitely worth checking out.
Zoho Notebook is available for free on Apple's App Store and Google Play.
Share a screenshot and win Samsung smartphones worth Rs. 90,000 by participating in the #BrowseFaster contest. 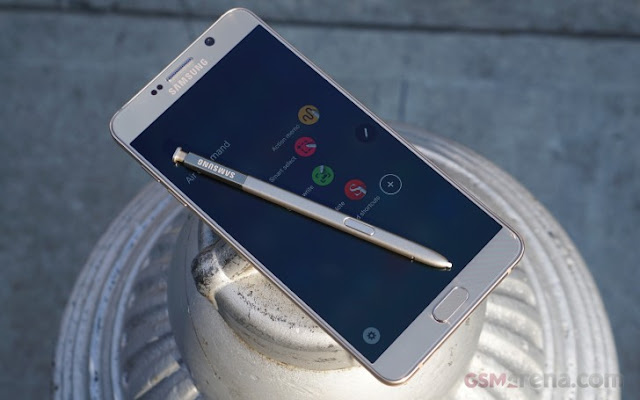 The Samsung Galaxy Note5 is the latest in the line that introduced us to the concept of a phablet in the first place. Following the Galaxy S-line's adoption of glass and metal, Samsung's taken the premium build to the Note series.

The Galaxy Note5 may have kept the screen size of the Note 4, but Samsung engineers have managed to fit it in a smaller body. Most impressive is the reduction in width - 2.5mm may not sound like much, but the side bezels are as thin as they come.
The Samsung Galaxy Note5 is the first generation Note to come after Samsung parted with plastic as the main body material. The phablet adopts the overall design of the S6, but thanks to size and a few minor tweaks it's a Note through and through.

Build quality is simply superb. The innards are sandwiched between two Gorilla Glass 4 panels and an aluminum frame runs along the sides, creating a truly premium look and feel, befitting a flagship. Fingerprints are inevitable though, and glass does shatter more easily than plastic, so perhaps you should invest in some sort of protection.
A major downside to the new design is that the battery is now sealed, which may put off those used to swapping batteries. You don't get microSD storage expansion and the IR emitter is gone as well - all changes familiar from the Galaxy S6.

The S-Pen has gotten a brand new design too - it now requires a click on the top to extract it from its silo. The click serves no other function though, and we feel like it should have.
The fingerprint sensor is the improved type from the S6, meaning it doesn't require swiping, but works just by tapping. It's fast and reliable, but isn't always on, you have to wake the screen up first. It does enable Samsung Pay, if you're in the regions where the service is
supported.

The Samsung Galaxy Note5 comes with a 5.7-inch AMOLED display, with a 1,440 x 2,560 pixels resolution. That comes down to 518ppi, far past the point where individual pixels can be seen with the naked eye.

An inherent property of the display technology is the infinite contrast - a result of black pixels not being lit up at all. Maximum brightness in regular surroundings is a little over average for AMOLED panels, but when you set it to Auto and expose the phone to bright light, it pushes it a lot higher, and easily into LCD territory.
Sunlight legibility benefits from the infinite contrast and low reflectivity, which coupled with the boost in brightness makes the Galaxy Note5 among the best performers in direct sunlight. 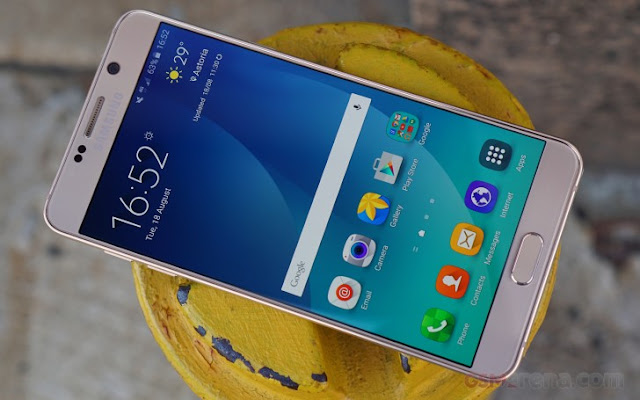 Color accuracy was a problem with initial AMOLED displays, but that's no longer the case. There are several settings, and Basic gets you possibly the most accurate color reproduction we've seen with a DeltaE of 1.1 (the threshold to call a display calibrated being 4.0). The other modes bring about minor drops in accuracy, to the benefit of more punchy output.

Driver-assist functions are coming quickly these days. The 2017 Mercedes E-class has the Drive Pilot, and Nissan has released its ProPilot system in Japan.
Both have been compared to Tesla’s Autopilot, and all three promise features like tracking other cars on the road and keeping you in the lane as you drive—mainly stuff designed to make highway driving easier.
But the Tesla system, which was also the first to market, has been associated with several accidents over the last few months. Those, coupled with accounts of drivers napping and doing other unsafe things behind the wheel, have led to significant criticism about Autopilot’s safety. 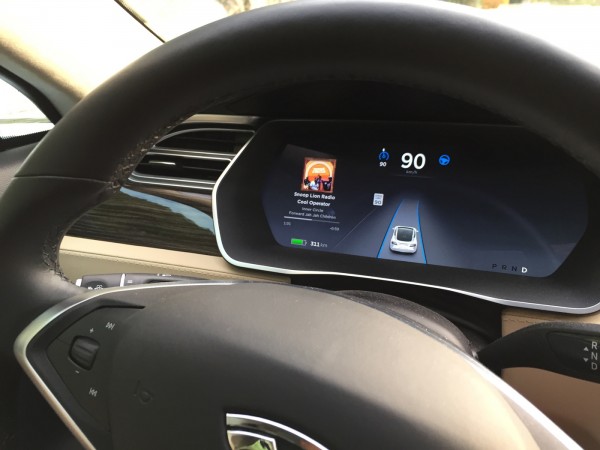 Tesla now appears to be addressing those concerns by punishing drivers who don’t pay sufficient attention to the road. When drivers take their hands off the wheel for more than a few seconds, the car will chime a warning. If the warning is ignored, Autopilot will disengage. The systems from Mercedes and Nissan both do the same thing, but according to Electrek, Tesla plans to take things a step further:
According to sources familiar with the Autopilot program, Tesla will add a safety restriction that will result in not only the Autopilot disengaging after alerts are repeatedly ignored, but also blocking the driver from re-engaging the feature after it was automatically disengaged.
The driver will not be able to reactivate the Autopilot until the car is stopped and put in ‘Park.’
Attempting to improve a car’s safety features is usually a good move. But Tesla’s drivers are a unique bunch—they relish their role as guinea pigs who get to test out some of the coolest, most cutting-edge automotive technology on the market. They may not appreciate Tesla engineers reprogramming their cars to give them a time-out if they misbehave.
(Read more: Electrek, The Drive, Bloomberg, “Tesla May Replace Autopilot’s Eyes with Something Far More Advanced,” “Nissan ProPilot Joins a Bumpy Road for Autonomous Driving Aids”)
Unknown تمّ النشر بـ 5:13 ص أضف تعليق 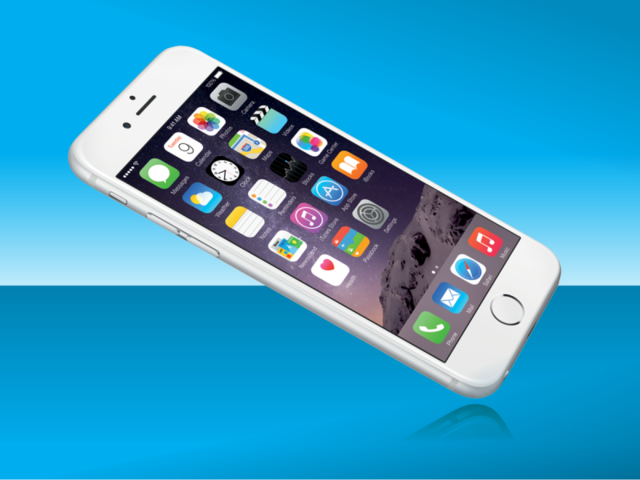 Apple’s September iPhone 7 launch feels like a long way off, but any seasoned gadget fan knows that the rumour mill will only pick up steam as each day passes.
As always, it’s best to take the rumours with a pinch of salt, but they’re still useful in painting a rough picture of what we can expect to see come launch day.
We’ll be updating this preview with all the latest news, as and when we get it, so don’t forget to check back for your regular iFix.
Read more at http://www.stuff.tv/apple/iphone-
7/review#qO1cIPkc6SLoxL5q.99 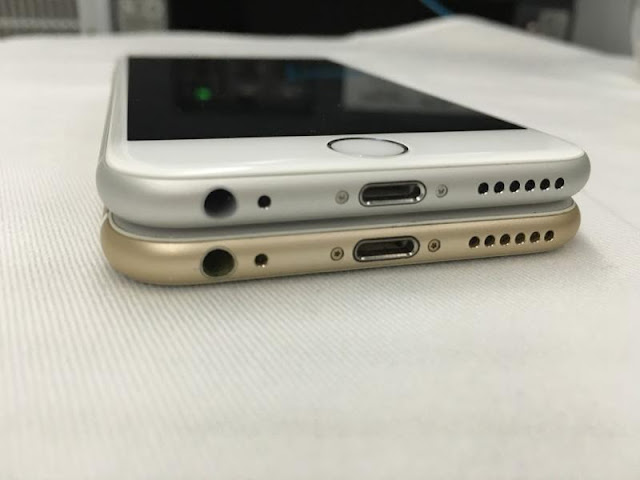 Given that the iPhone 7 is coming off the back of an ’s’ version, we expect to see some design changes.
It’ll come as no surprise to hear that the iPhone 7 is expected to be even thinner than the current 7.1mm iPhone 6s, and analyst Ming-Chi Kuo reckons Apple could trim down its new handset to as little as 6mm, and newer reports point to a 6.1mm-thin body.
If true, then we're concerned that the battery capacity won't be up to scratch, even with Apple's expected optimisations, though it’ll undoubtedly look and feel beautiful.
Read more at http://www.stuff.tv/apple/iphone-7/review#qO1cIPkc6SLoxL5q.99